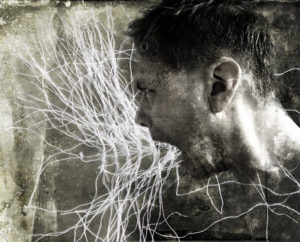 Some time between 563 – 483 BC, a young Hindu prince named Siddhartha Gautama uttered the phrase, “you will not be punished for your anger, you will be punished by your anger.”  We now know him by the name Buddha. Although these words are over 2,000 years old, they are apparently true today.

In a recent investigation, led by scientists from the University of Valencia, researchers analyzed the changes in the brain’s cardiovascular, hormonal, and asymmetric activation response (I will explain this in detail in a moment) when we get angry. What they found was very interesting. They observed increases in heart rate and rising arterial tension, along with increased testosterone production, and a decrease in cortisol (the stress hormone) production. Now these findings have always been know for many years, but the measurements were taken, nonetheless. What I found most interesting about this study were the findings around asymmetric activation response. Here’s a little background on this phenomenon. 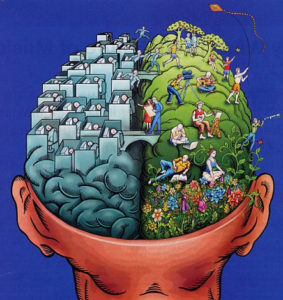 The Man with 2 Brains

As you know, the brain is divided into two halves (hemispheres) and they provide for the following functions:

Additionally, we know that in this study, the researchers measured the activity in both of the frontal lobes to gain information about anger. What they found was something unexpected. The researchers put it this way: “Nonetheless, by focusing on the asymmetric brain activity of the frontal lobe that occurs when we experience emotions, there are two models that contradict the case of anger. The first model, ‘of emotional valence’, suggests that the left frontal region of the brain is involved in experiencing positive emotions, whilst the right is more related to negative emotions. The second model, ‘of motivational direction’, shows that the left frontal region is involved in experiencing emotions related to closeness, whilst the right is associated with the emotions that provoke withdrawal. The positive emotions, like happiness, are usually associated to a motivation of closeness, and the negative ones, like fear and sadness, are characterized by a motivation of withdrawal. However, not all emotions behave in accordance with this connection. The case of anger is unique because it is experienced as negative but, often, it evokes a motivation of closeness,” the expert explains.

“When experiencing anger, we have observed in our study an increase in activity in the left side of the brain that indicates a greater activation of the left hemisphere, which supports the model of motivational direction,” The researchers lead, Neus Herrero points out, “in other words, when we get angry, our asymmetric cerebral response is measured by the motivation of closeness to the stimulus that causes us to be angry and not so much by the fact we consider this stimulus as negative. Normally when we get angry, we show a natural tendency to get closer to what made us angry to try to eliminate it,” he concludes. 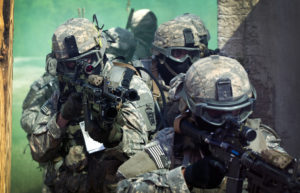 As a warrior, this makes perfect sense to me. If you anger me, I am trained to maneuver, close with, and destroy my enemy. Additionally, the provocation of anger is something that threatens the things I love and cherish, namely my life, my buddies, and my country. With this perspective, I believe it is very easy to see why our warriors with “adrenaline poisoning” (a term I coined that fits better than PTSD) react they way they do when they transition out of service. Ask any veteran “what makes them angry” and you will get quite a long list of items that “piss them off.” In an earlier post, I even shared with you an exercise I conducted with a group of warriors stricken with adrenaline poisoning. The list may resonate with many of you, regardless of your military affiliation. But there is a catch here.

Anger can also be a substitute emotion. By this I mean that sometimes people make themselves angry so that they don’t have to feel pain. People change their feelings of pain into anger because it feels better to be angry than it does to be in pain. This changing of pain into anger may be done consciously or subconsciously.

Being angry rather than simply in pain has a number of advantages, primarily among them distraction. People in pain generally think about their pain. However, angry people think about harming those who have caused pain. Part of the transmutation of pain into anger involves an attention shift – from self-focus to other-focus. Anger thus temporarily protects people from having to recognize and deal with their painful real feelings; you get to worry about getting back at the people you’re angry with instead. Making yourself angry can help you to hide the reality that you find a situation frightening or that you feel vulnerable. Take it from me, warriors hate vulnerability. Inevitably, in an environment that constantly exposes you to adrenaline, it is easy to see how warriors become conditioned to stay in this state of anger. Now mix in the findings of this study from the University of Valencia and we further define why anger stays with us, meaning it is something that we are motivated to “move closer” to.

If anger has a physiological preparation phase during which our resources are mobilized for a fight, it also has a wind-down phase as well. We start to relax back towards our resting state when the target of our anger is no longer accessible or an immediate threat. It is difficult to relax from an angry state, however. The adrenaline-caused arousal that occurs during anger lasts a very long time (many hours, sometimes days), and lowers our anger threshold, making it easier for us to get angry again later on. Though we do calm down, it takes a very long time for us to return to our resting state. During this slow cool-down period we are more likely to get very angry in response to minor irritations that normally would not bother us. That’s the major difference in civilians and warriors; you’ve spent 15 minutes in traffic and they’ve spent 15 months in a land where everything is trying to kill them.

Buddha said it best when he told us, “All that we are is the result of what we have thought. The mind is everything. What we think we become.” I am not a Buddhist, but find incredible truth in his words. Let me know what you think about the information I’ve shared here.

I look forward to hearing from you.